Training with the Hurricanes! 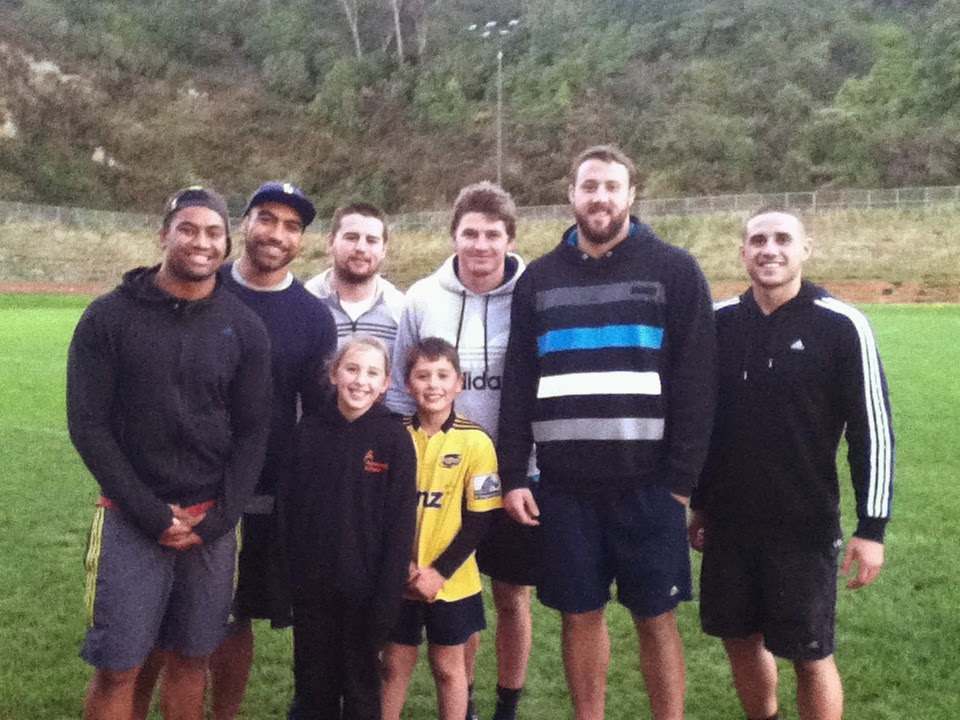 Yesterday me and my brother went out to Rugby Leauge Park and had a training session with some of the Hurricanes and some of the All Blacks! We went round in a rotation first one was attack and Harry kept scoring tries, he looked pretty happy. The second rotation was high ball catching and I actually caught some which was awesome. For the third rotation the field was set up like a tennis court, the object was to get it over the other side and me and Harry's team won! After that Harry practised his kicks with TJ Perenara! It was a really awesome experience for me and Harry.
Posted by Matt at Tuesday, May 13, 2014