Amesbury Ferns.
The Amesbury Ferns have been rotating their positions in accordance with the policy for new and young players.
The team have played extraordinarily well when coming together each week in new positions. The skill development has been wonderful to watch and be part of.
In the final games leading to the end of the competition, the girls are now being played in positions where their skills naturally emerge.
Saturday’s game was competitive and tense with a well-deserved 12-7 win for the Ferns. The flow of the ball was noticeably quicker along with finding space to receive a pass. The final two games are going to be just as exciting!

Amesbury All-Stars.
The last five rounds of the netball season make up the "Championship Round".  We have had three rounds already and the Amesbury All-Stars share the lead in their division, having won three from three.
Last Saturday's game was played in testing temperatures (not pleasant as a spectator!) but the girls performed admirably.  Tight defence made it hard for their opposition, the Crofton Down Flames, to get the ball down their end.  On attack, the Amesbury girls worked well as a team, moving the ball quickly down the court, finishing off most opportunities.  Some stellar shooting from Tais (our player of the day) and Emma Law saw the All-Stars achieve a 20-5 win.
There are two rounds to go in the competition and the next two games are likely to be hard fought battles. Watch this space…

Posted by Amaria Picard at Tuesday, August 26, 2014 No comments:

Being insiders in our learning

In Harakeke Hub we are working hard to show 'insiderness' in our learning. This means we are 'inside' our own learning; we take responsibility for, and control over, our own learning.
We have four iGroups: Introducing, Initiative, Independent and Insider. Students decide where they think they are currently working, depending on the decisions they are making to help their own learning. They all set goals each week so they can improve their ability to manage their own learning and their time. At the end of each week they reflect on how they have gone with their goal.
Here are some extracts from student reflections to show how we are thinking about our learning:

*My goal is to contribute to small group conversations; I have done this by talking more in reading circles. I have achieved my goal this week because I talked as much as I could with out giving a spoiler alert.

As you can see, we are all working hard to know as much as we can about ourselves as learners. This helps us to make good choices that help our learning.
Posted by Urs at Sunday, August 24, 2014 No comments:

Today we have been listening to Marcus Akuhata-Brown. He came to talk to us about leadership and the importance of good decisions.
He was amazing! He has such an important story to share and we loved listening to him.
Marcus is coming back tonight to talk to parents and whanau. We hope to see lots of you there. 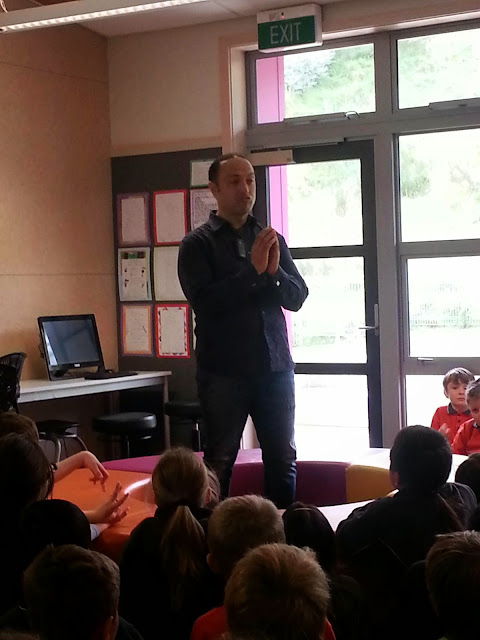 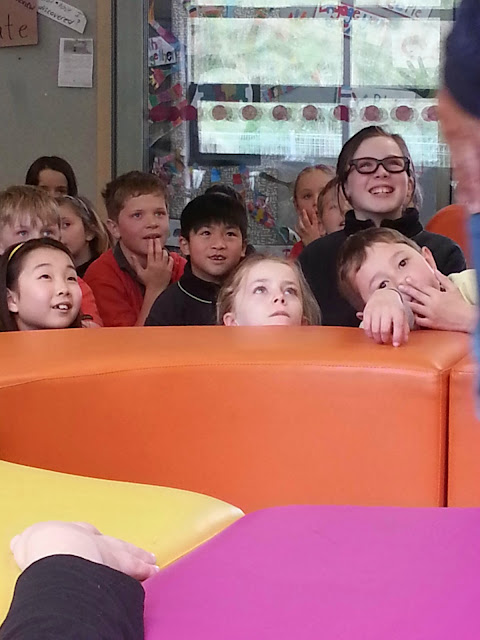 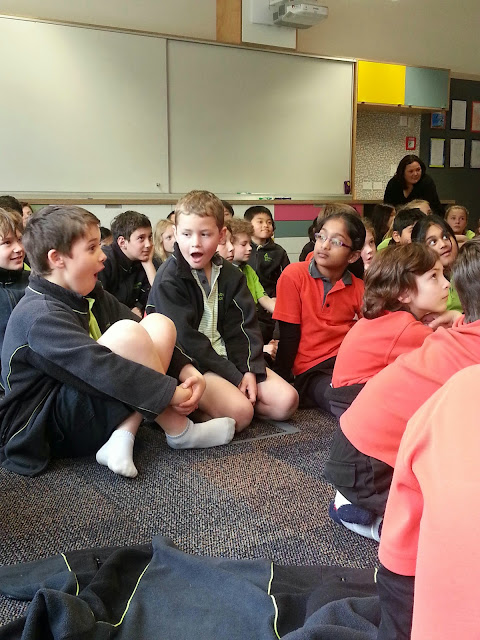 On Sunday I attended the Tawa Swimming Club prize giving awards, where I received the Redwood Services Trophy for winning this years 9 Year Old Girls Championship.  The Championship covered 5 races, of which I won 4 of them.  The prize giving was held at the Amesbury School Hall and I got to meet Paralympic Gold Medalist Mary Fisher. 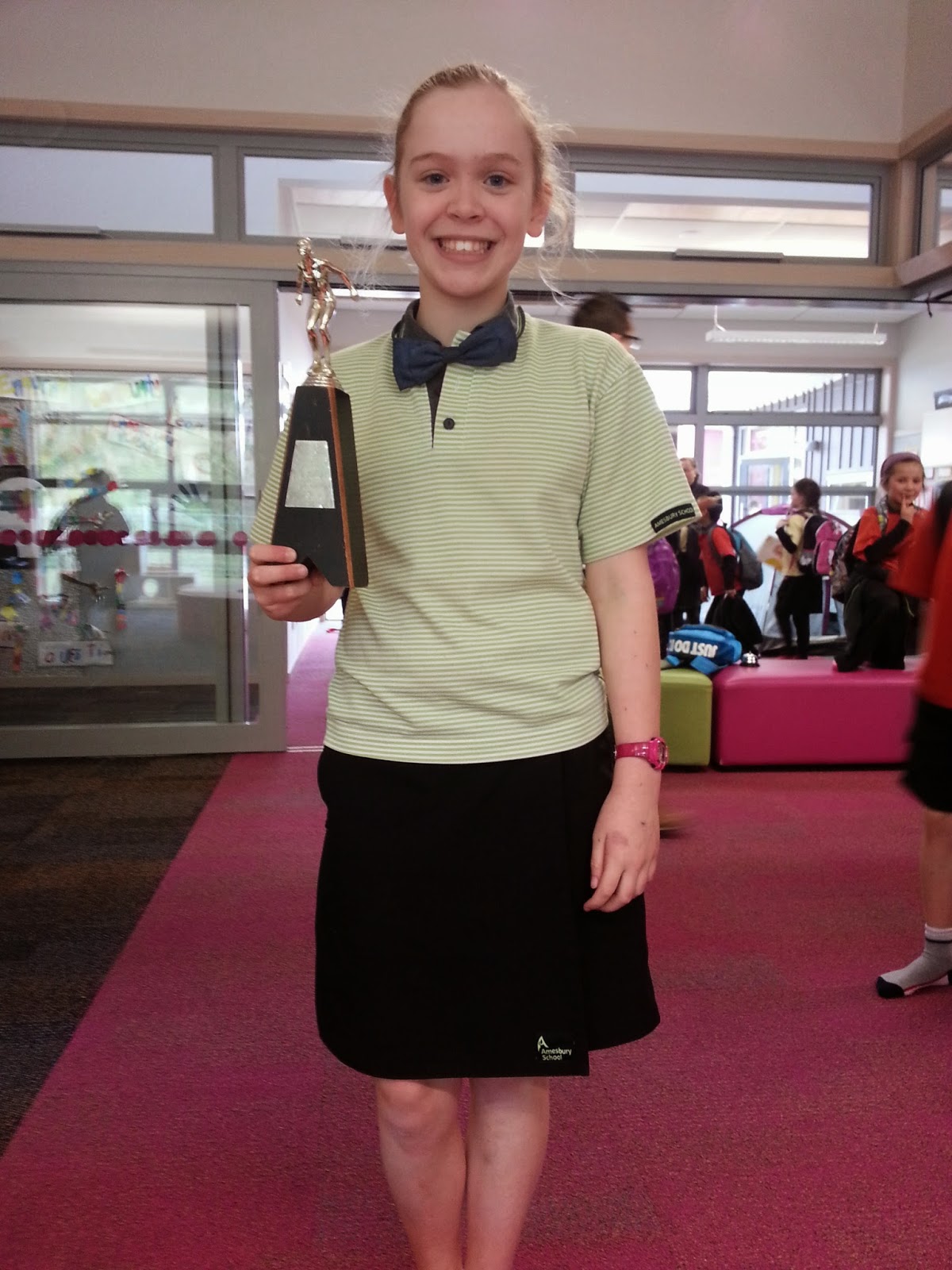 Posted by Amaria Picard at Wednesday, August 20, 2014 No comments:

It's that time again....electives!
Please sign up using the form below. Make sure that you wait until the teachers have explained the different options available before signing up, so you have all the necessary information to make a good choice. This explanation will happen on Tuesday after lunch.
If you are in the Art Splash choir you do not need to choose an elective, as you will be practicing for Art Splash as your elective.
Happy choosing!

In our science rotation this week, we did an experiment called "Magic Milk" to test surface tension.  First, we poured some milk into a bowl, then we added red, blue and yellow food colouring.  We observed that the food colouring stayed together in a pool.  Next, we dipped a cotton bud into some dishwashing liquid and placed it into the middle of our milk.  We were amazed at what happened!  "Whoooah!" were the cries of excitement.

Here is the link to the experiment if you would like to try it at home: Magic Milk

Meet the newest member of our hub! Congratulations to Andrea and Bruce.
I am sure Oliver will be trained up soon to laminate and cut out resources, a true teacher's child!
We look forward to meeting him soon. 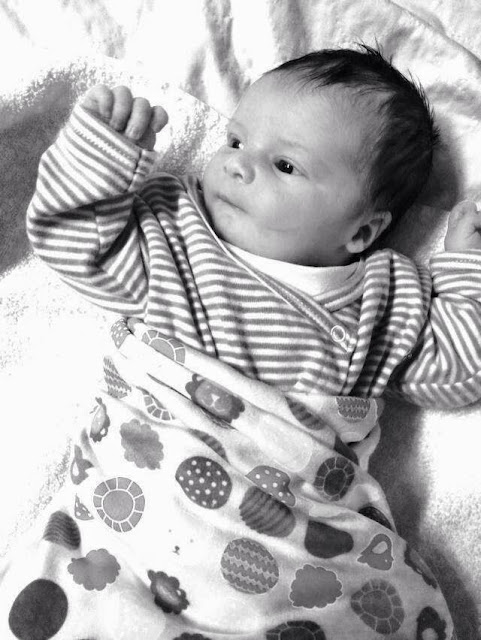